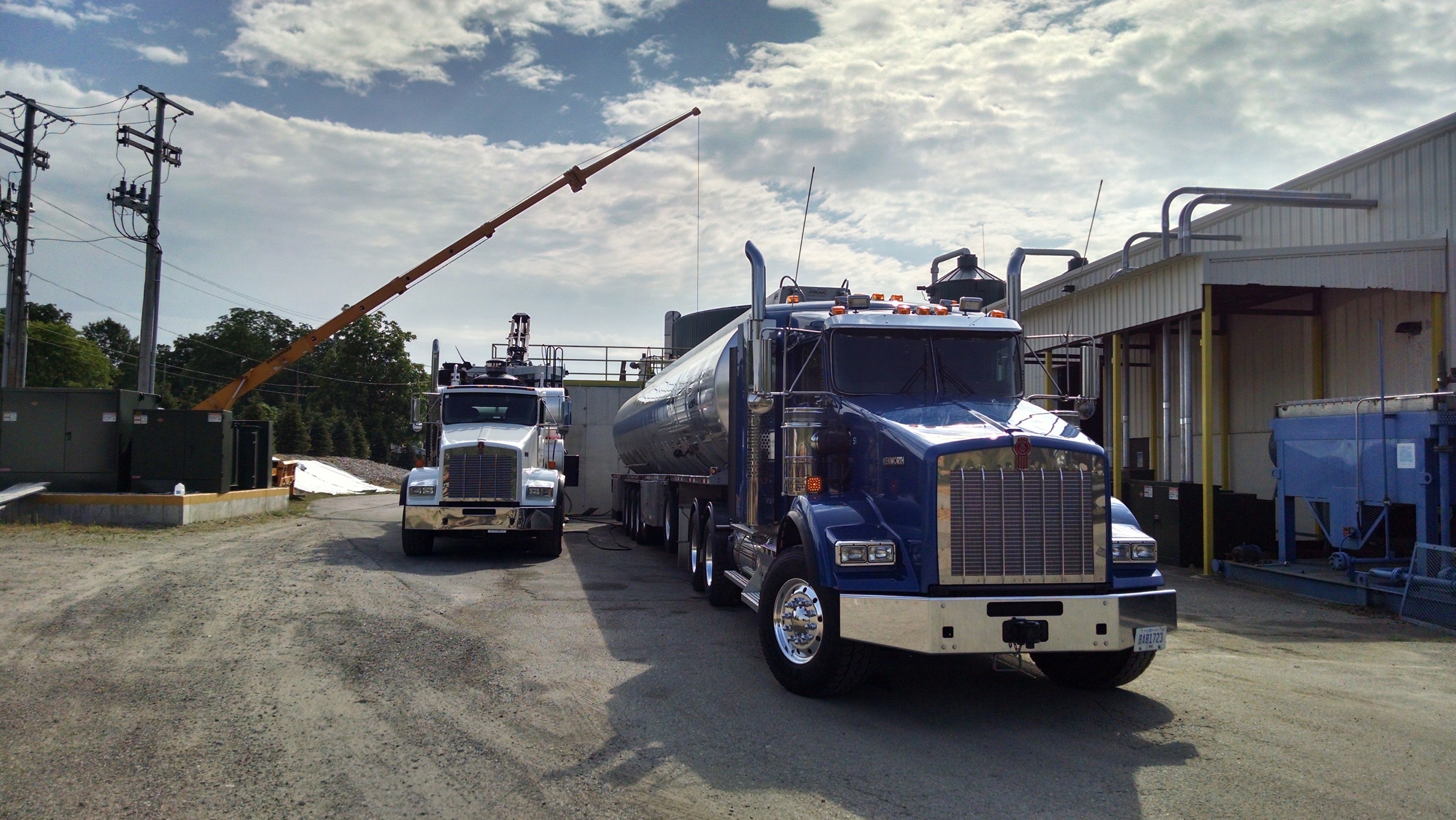 Work crews at the 625 Chatham plant of Advanced Water & Energy Solutions were busy Wednesday powerwashing components and the inside of the 175,000-gallon tank that is being prepared for the proposed treatment of wastewater from Litehouse Foods Inc.

The power washing followed nearly a month of work were tons of black plastic media in the tank were removed -- the primary culprit for the terrible stench the plant last year. (See Grease Balls)

The AWES plant is connected via a dedicated underground 1/4-mile pipeline to the Litehouse plant, which is currently storing up to 80,000 gallons of wastewater in four temporary rectangular (frac) tanks at the front of its plant at 1400 Foreman St. SE.

Litehouse, the second largest employer in the city of Lowell with about 450 full-time workers, has been disposing its wastewater for several years by trucking the effluent to the Muskegon County wastewater treatment complex.

AWES CEO Ross Pope said the Chatham Street plant has the capacity to treat up to 120,000 gallons a day of wastewater from Litehouse, which should be more than enough capacity to eliminate the need for trucking wastewater to Muskegon.

“The pretreatment process planned to resume at 625 Chatham is generally the same process used at the Lowell wastewater treatment plant to reduce organic compounds in the water, with certain microbes deployed for the unique waste water flowing to the plant,” Pope said. “This is the exact opposite of the anaerobic process used at the plant to convert waste solids into methane. We are not starting up the big green methane processing tank, and we will not be generating the odors that the community found so objectionable.”

AWES estimates that it will be investing an additional $1 million to modify and improve the processes, monitoring and controls at the plant that cost more than $6 million to construct, Ross said. Part of those improvements will include placing a solar panel roof over the pretreatment tanks and pulling all the odor contaminated air from the pretreatment tanks and other odor risk areas through carbon filters that remove odors.